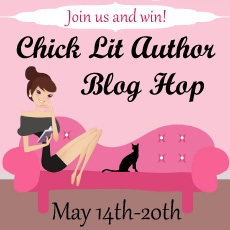 When author Tracie Banister invited us to be a part of the Chick Lit Author Blog Hop we knew exactly what we wanted to write: a thank you note to Jane Austen. It was the perfect opportunity to express our gratitude to one of our favorite authors for paving the way for Chick Lit. We thought it would be a nice tribute and a fun post to write!

Well, we were stymied from the start. The first and most basic question had us stumped. How do we address this thank you note? “Dear Miss Austen” seemed appropriate but way too formal. On the other hand, “Dear Jane” was a little too informal.

Tricky business. So we procrastinated. We debated. And in the end we decided if we were stressing over how to address this imaginary thank you note, then our post might be a little doomed.

So what to write?

Recently, the “Pride and Prejudice” movie adaptations came up at a dinner party. The topic naturally turned to who played the better Darcy; Colin Firth or Matthew MacFadyen. One group favored Colin Firth’s austere Darcy, while the other valued MacFadyen’s vulnerability.  What initially started as a healthy discussion eventually resulted in impassioned verbal fisticuffs. (We won’t divulge our opinion lest this post turn into a massive throw-down). Let’s just say neither side would bend and the debate ended with a weak proclamation from the hostess that “they were both excellent.” Then she distracted us all with red velvet cupcakes and the matter was promptly forgotten.

And that’s what got us thinking – of course we all love the Austen women, but it’s the men who really heat things up. When we started listing some of our favorite Chick Lit heroes we realized – they all have a home in Austen.

But it wasn’t just the hero that she crafted and perfected – she bestowed us with another important archetype – the Bad Boy. Admit it, we’ve all pulled a Marianne and fallen for the Bad Boy at one time in our lives (though hopefully without as much “Willoughby!” wailing nonsense.)

Helen Fielding’s “Bridget Jones’s Diary” was our introduction to the world of Chick Lit.  It’s the book that made us fall in love with the genre and it opened up irresistible possibilities for our own writing ambitions.

Obviously we adored Mark Darcy – he was Fitzwilliam Darcy sans breeches and the man who loved Bridget…just as she was. But that doesn’t mean we weren’t swooning over rakish Daniel Cleaver. (If it weren’t for that whole cheating debacle Mark Darcy would have had some real competition there.)

Although Daniel Cleaver must be at least loosely based on Mr. Wickham, he reads as more of a Henry Crawford from “Mansfield Park” to us.  Henry was flirtatious, amusing, romantic… just a delightful scamp who nearly won Fanny Price’s heart, or at least her hand. (Fine, fine, he was a bit of a cad, but Edmund was so bloody earnest!)  In the end, of course we were happy with Bridget/Fanny’s choice, but we must admit we were swayed by Cleaver and Crawford’s charms.

Our next Chick Lit love was “Mr. Maybe” by Jane Green. One could argue (and we will!) that “Mr. Maybe” is really Willoughby’s story from “Sense and Sensibility” with a happy ending.  Bear with us here.

Marianne Dashwood and Willoughby were perfect matches in every way, save one. Marianne was poor and Willoughby needed to marry rich (okay, fine he also had a dubious character but we’ll save that for another topic.) Instead of going with his heart, Willoughby chose chilly Miss Grey and her 50,000 pounds.  Unhappiness abounds.

In “Mr. Maybe” Libby is torn between fetching-but-penniless-writer Nick and wealthy stuck-in-the-mud Ed. Libby’s champagne tastes leave her with the same dilemma as Willoughby: Love or money? Luckily for Chick Lit fans, Jane Green and Libby did the right thing.

Jane (Ms. Austen?) has given us countless prototypes of tempting rogues. We even see some parallels between “Emma’s” Frank Churchill and Marcus from “Something Borrowed.” Both Frank and Marcus serve as red herrings who were initially presented as possible suitors for our heroines only to be caught having secret affairs.  Frank is far more tempting than Marcus (especially movie Marcus, don’t get us started) but they both serve as interesting counterpoints to the leading men.

So we’re here to thank Jane/Miss Austen for creating some of our most beloved charmers and rogues.  As readers, it’s both compelling and dismaying when we know our heroine is getting swept away by the wrong man.  In the end, she usually makes the right choice, but it makes the journey much more gripping when we’re swept away right along with her.

Thanks so much for reading and don’t forget to leave a comment for a chance to win a copy of “Unscripted.” Below are the rules for the blog hop and your chance to win $150 Sephora Gift Card. Good luck!

Below is the list of participating authors — be sure to check them out! We want to give a big thanks to Tracie Banister for putting this event together! Happy International Chick Lit Month!

Good luck with the hop!